“Music cleanses the soul from the dust of everyday life.” (Berthold Auerbach)

These 7 musicians first met together in 2004 in Krems an der Donau to pay homage to contemporary Alpine wind music and local folk music, but without feeling they needed to distance themselves from world music influences. Important impulses came from Rudi Pietsch, the mastermind of Austrian folk music, who accompanied the ensemble from the outset. Their musical programme soon extended to encompass music from the former crown lands of the Austrian Hungarian Empire. This means that alongside polkas, waltzes, and marches, their repertoire includes the czardas from Hungary and Slovakia as well as traditional Mexican music. Their impressive ability combines with the necessary charming youth “cheekiness” in their playing, arrangements, and performance, with their obvious pleasure in playing contributing further to their authenticity.

Numerous awards have acknowledged the class of this ensemble: (AUSTRIAN WORLD MUSIC AUDIENCE AWARD 2011,  PASTICCIO PREIS August 2012 awarded by Ö1/ORF and the daily paper DER STANDARD,  on the list of the best from the jury of the German Schallplattenpreis award 4/2012 in the category “Folk and Folklore”).

With their programme they will be bringing a (pre-)Christmas mood to the Asitz. 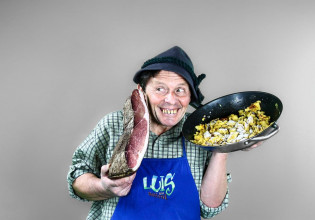 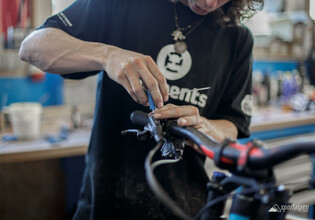 Wellness for your bike! Here we show you everything, so that you form the perfect symbiosis with your bike. Fork and shock (sag, travel)...
13. May - 17. October 2021

Bike Park workshop for beginners! Our special offer for beginner riders, who want to have fun on two...
13. May - 31. October 2021

Bike Park workshop for bikers with experience. Riding skills for intermediate riders! Here you’ll learn all the important tricks and tips to...
13. May - 31. October 2021

Freeride and Downhill Training for Bike Park beginners (8+) This full day instruction course covers all the intermediate skills you need to...
17. May - 31. October 2021

This 2 hours E-Bike instruction course covers the finer points of biking such as breaking, control and steering techniques, it demonstrates how to...
01. May - 31. October 2021

The training for all biking Families! For all levels. Get all the important tips to improve your biking...
13. May - 31. October 2021

A lesson just for you! PRIVATE TRAINING TAILORED TO YOUR NEEDS! https://www.elements-outdoorsports.at/de/bikepark/108/individuell
13. May - 31. October 2021

The training for all biking families or friends which want to ride together!  For all levels. Get all the important tips to improve your biking...
15. May - 31. October 2021

This full day Bike Park workshop, will enhance your skills and enjoyment of biking. Our special offer for beginners and intermediate...
13. May - 31. October 2021